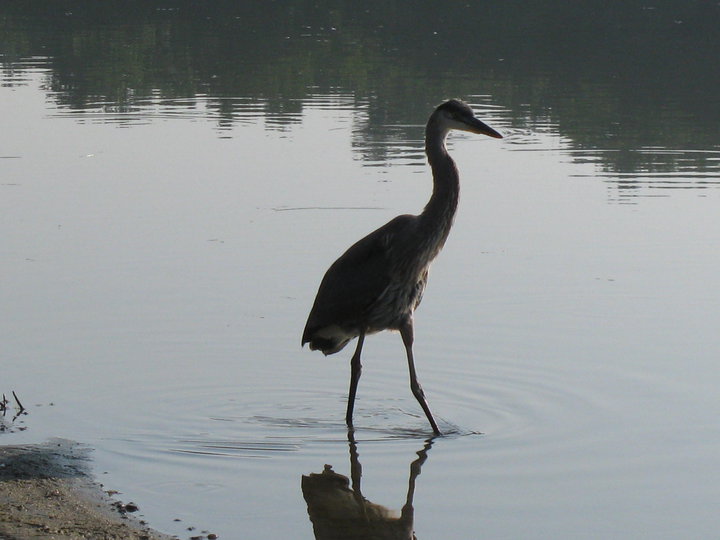 Moreau Lake Bird Conservation Area is located within Moreau Lake State Park and it includes 3,368 acres. The site is also within Audubon’s Moreau Lake State Forest Important Bird Area. The Hudson River divides the Park into a northern portion in Warren County owned by the Department of Environmental Conservation (DEC) and managed by the Office of Parks, Recreation and Historic Preservation (OPRHP) and a southern portion in Saratoga County owned and administered by OPRHP.

The BCA area is mainly Hemlock-northern hardwood forest with associated beech-maple. Much of the terrain is steep and rocky and there are about seven miles of shoreline along the Hudson River.

The Moreau Lake BCA is managed to achieve an appropriate balance between conservation of the diverse assemblage of bird species using the area for breeding or during migration, and access to and recreational use of various areas of the BCA. Wildlife Species Often Seen
Moreau Lake BCA is a stopover site for Neotropical migratory songbirds, especially forest dwelling migrants during both spring and fall migrations. The site supports a diversity of birds associated with upland forest. It is also a significant wintering site for the state and federally threatened bald eagle; it regularly supports state threatened pied-billed grebe (possible breeder), northern harrier (spring and fall migration), and state species of special concern Cooper’s hawk (possible breeder) and red-shouldered hawk (probable breeder).

The Hudson River supports birds such as common loon and osprey on migration. Songbirds concentrate along major rivers during spring and fall migration. It is also a significant overwintering site for bald eagles.

Pied-billed grebes regularly occur in Mud Lake from spring through fall and may breed there.

Best Seasons And Times For Viewing
As noted above, various species of birds can be sighted at all times of the year.

Additional Notes
All dogs must be leashed.