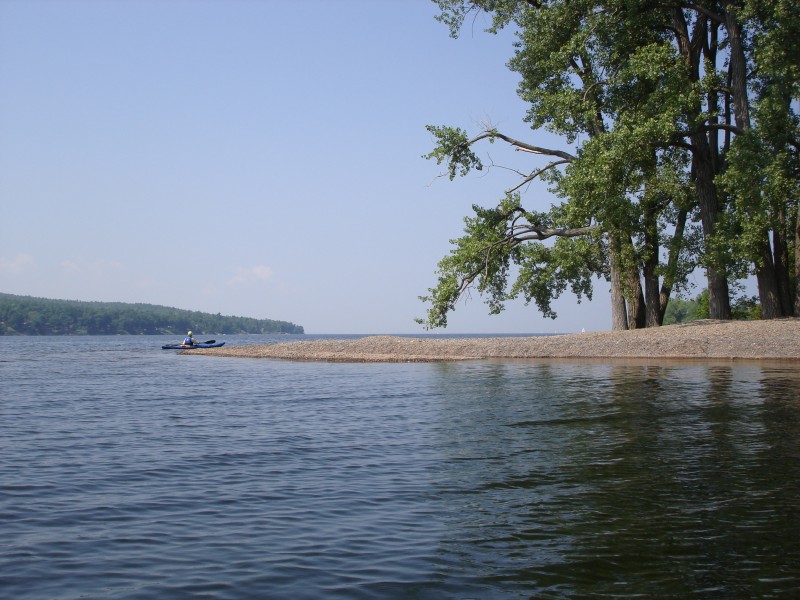 On this island is the burial site of the British soldiers who were reportedly killed in their incursion up the Boquet River in War of 1812. Luther Whitney bought the island in order use the local stone to refurbish the Burlington Breakwater. Later, his family used it for a summer camp. Whitney was the largest marine contractor on Lake Champlain during the late 1800s and he used Whitney Island to store his equipment—dredges, pile drivers, steamboats, and canal boats—in the winter. He had a crew of men living on the island when they were not working. He also had a tenant farmer raising hay and livestock on the island to help defray the bills. There was once a large stone barn and storage building on the property, which has since been torn down. It is now part of the Adirondack Park and is classified as “Wild Forest” with no recreation development planned.

The undeveloped character of the island, with primitive campsites, cobble beaches, and broad lake views, offers a peaceful place to relax or camp. A long spit of pebble beach on the west side of the island is a great spot to swim. Additional Notes And Comments
Schuyler Island is part of the Adirondack preserve and open to camping. No permits or reservations are required.