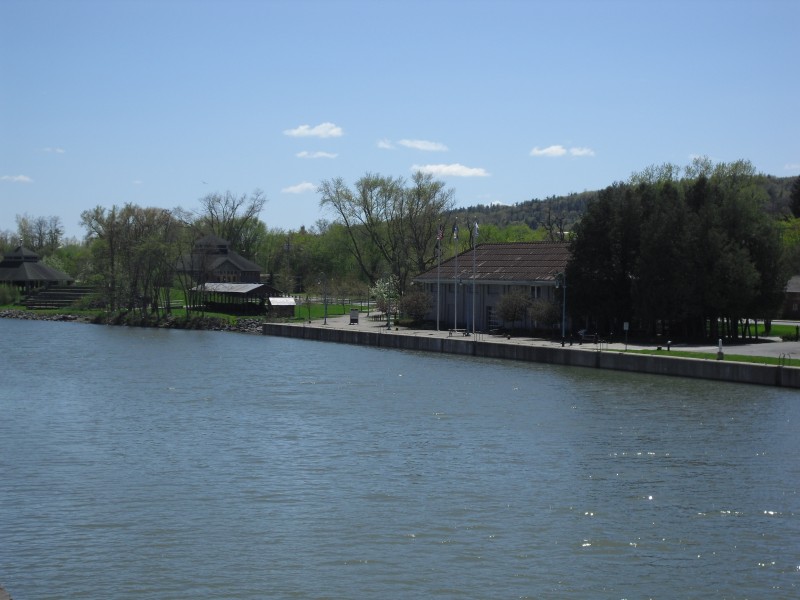 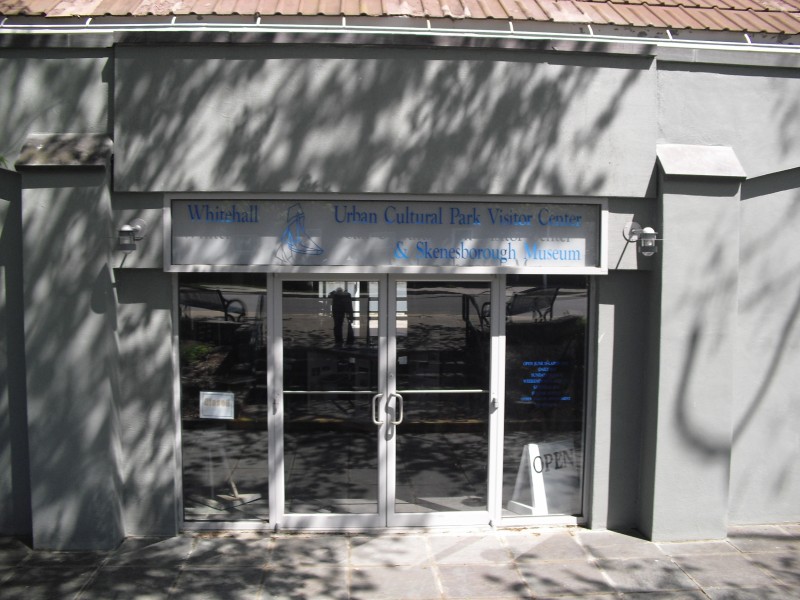 Nestled in a valley at the head of Lake Champlain is Whitehall, Birthplace of the US Navy. The Heritage Area Visitor Center is situated in a 1917 canal terminal building that has been used as Skenesborough Museum since 1959. It is designed to interpret the historic area in which it sits. It also encourages the public to investigate, through walking tours, the ambiance of 19th Century buildings along a canal in use since 1823.

Whitehall’s themes of Defense and Transportation stress the community’s part in history including the building of the first fleet for battle in 1776 and, since early historic times, the north-south transportation route from Canada to New York City. Season and Hours Open
Daily – June 1 – Labor Day 10 am – 4 pm; Sunday, Noon – 4 pm;. Labor Day to mid October Sat – 10 – 3 pm; Sun Noon – 3 pm
Don’t Miss This When Visiting
A sixteen foot diorama with light and sound show that describes the settlement of Skenesborough and the events that led to the buiding of 13 ships in Skenesborough harbor in 1776. Adjacent to the diorama is a copy of the first Navy payroll. A statue of a shipbuilder greets you as you enter the Defense area; he is at work hewing a piece of wood for a ship; he holds a genuine shipbuilder’s adz.

In the main building Admiral Potter’s personal items , when traveling the world with the Great White Fleet in 1900, are found in one display . William Franke, Assistant Secretary of the Navy (1954-57), and Secretary of the Navy under President Eisenhower (1959-61)m was so impressed with Whitehall history that his family, after his death, gave several items of his Navy collection for display. His collection of books on the Navy are in the Research Center.

Other displays include early fire fighting equipment, railroad and canal memorabilia, and even a baseball signed by Babe Ruth.

A place for children to play on a simulated ship prow includes a chest with costumes to wear.

Directly behind the play area is a Doll Room with a vintage doll display and outfitted with an abundance of child size furniture, games, and antique storybooks.

In addition to household artifacts found on the main floor, examples of 19th and 20th centuries can be found on the second floor, including quilts, a 100 year old wedding dress, a watchmaker’s work stand, ice cutting equipment and a 1940’s permanent wave machine.

Related Sites Or Experiences
A very interesting item on display is the keystone from the original house built by Philip Skene. It had been over the entry door to the house. Made of stone quarried from the mountain on which the house was built, it has been preserved by a variety of people over the years. The date 1770 is etched on it along with the initials of Philip and Katharine Skene. It had been on display in the Whitehall Masonic Temple Lodge meeting room for many years until the local Lodge closed and donated the stone to the museum as a permanent loan.

In 1985 the Town and Village had entered into an agreement to employ a part time Director of the Whitehall Heritage Area and financially support that position through an equal contribution of each. One of the duties of that person is to be responsible for supervising the daily activities of the Heritage Visitor Center as well as to facilitate use of grant funds for the development and improvement of the Visitor Center. The Town maintains the public facilities within the area and the Village through a Cooperation Agreement receives and administers grant monies for the area.

“A Hero and a Spy” – Russell M. Lea (The Revolutionary War Correspondence of Benedict Arnold)

Fees
yes
ADA Accessible
yes
Tours Are Offered
yes
Site is Child-friendly
yes
Site is Pet-friendly
yes
Comments
We had a fabulous time at the museum! Marie was super well-informed and answered all my questions. History came alive for me. Thank you for helping make this wonderful experience available. We went to the Skene Manor for a tour and lunch and that was also a splendid time. It was such a blessing to be able to enjoy these two spots with our long-term friends and benefactors from Braintree. 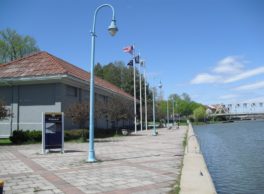